Darrell Benvenuto is the co-Founder and CEO of the National Carrier Exchange, Inc. (NCX), a free online platform that connects Carriers and Shippers in the Trucking Industry across the Western Hemisphere. More than just a matching system, NCX has been voted one of the Top-25 Global “Most Innovative” Startups by a team of 20 Venture Capital firms. NCX allows companies to source trucks, manage and dispatch their fleets, schedule drivers, handle invoicing, operations, gain total fleet awareness and then share that awareness with their customers. Along with his co-founder, Benvenuto began NCX as a response to the growing needs of shipping companies worldwide.

In the works since 2011, Benvenuto has pitched, presented, and raised the company’s first rounds of capital, and since then, has designed and built all systems, infrastructure, and core elements. He and his co-founder ensured all legal aspects were covered to start the company, and then moved onto the hiring elements and marketing campaigns. It was a team effort, led by experts in both the shipping and technology industries, and their hard work paid off at the debut of NCX in 2016 at the Mid-America Trucking Show (MATS).

Benvenuto strives to make NCX accessible to anyone who wants to use it, regardless of the size of the fleet or their familiarity with technology. For this reason, all that’s needed to use NCX is a computer with internet access for dispatchers and a smartphone for any drivers. There’s no hardware to buy or install. Dispatchers simply use the NCX Web Site, and Drivers use the free NCX Mobile App on their Android or iPhones.

Benvenuto noticed a need for a more timely method of drivers and dispatchers to remain in contact, as well as a means to cut down on the many inefficiencies and manual processes which surround the Dispatching process at Freight Carriers. This is precisely what NCX provides.

Currently, Benvenuto is working with his team to expand the NCX platform and its services to an international audience. One of the features they are most excited to present is NCX’s Integrated Tracking Modules, which tie directly into NCX’s free logistics platform. These tracking modules allow dispatchers to maintain highly accurate location awareness on shipping containers, trailers, and even individual pallets, as well as a temperature log, which is vital for perishable goods.

Before founding National Carrier Exchange, Benvenuto was a co-Founder and the General Manager of Collision Studios, as well as President of Digital Octane, a Software Publishing House (one of Collision’s spinoff companies). During his time with Collision, Benvenuto built and shipped over 25 major titles, which is a remarkable achievement in the software industry.

As he built and helped Collision and Digital Octane, Benvenuto was expanding on his earlier experience in building young companies from the ground up, which had begun back on the East Coast. For more than half a decade, Benvenuto was the central lynchpin of Collision Studios, wearing a dozen hats, from Staffing and HR to Sales to Production, Voice Acting, Motion Capture, Pitch Deck Production, Game Design, Contract Negotiation and much, much more. 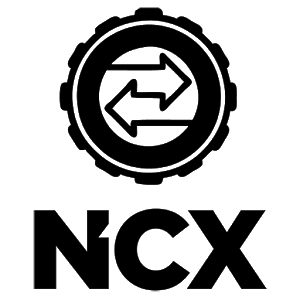 NCX provides a comprehensive Fleet Tracking, Dispatch, Management, and Operations platform that is available for Motor Carriers to use for free at www.NationalCarrierExchange.com. The platform enables Carriers to avoid wasting money on GPS tracking equipment, software, and licenses, as well as increase their efficiency with free real-time tracking and live mapping of all their trucks 24/7, 365 days a year.